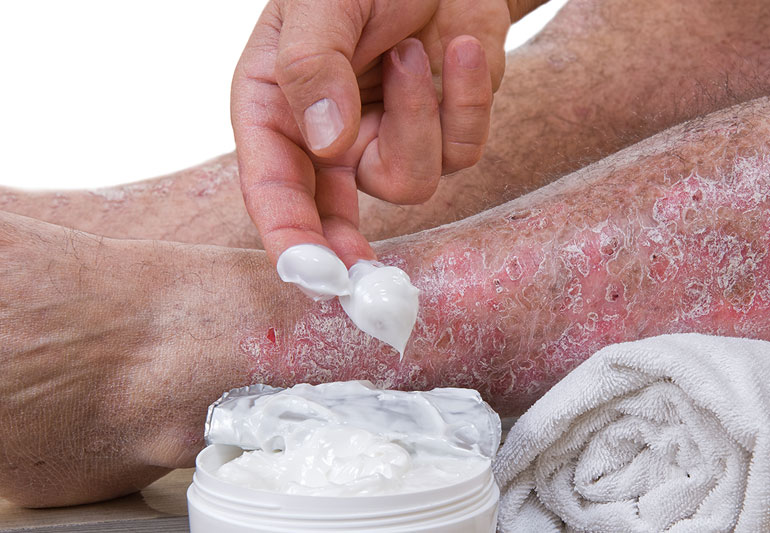 Psoriasis can present a number of different challenges for those who have the condition. From the itchiness of the dry, cracked and scaly patches of skin to the occasional pain, those with psoriasis can always use some relief.

Whether you experience psoriasis frequently or only occasionally, it’s always good to know the best ways to ease those symptoms. All the better if you can do it without having to schedule a doctor’s appointment.

To get a handle on the best home remedies for psoriasis, we spoke to dermatologist Sean McGregor, DO.

Psoriasis, Dr. McGregor says, is a chronic skin disorder that produces an inflammatory skin rash. The thick reddish patches of scaly skin can appear all over your body, but some of the more common places it occurs include:

Psoriasis is an auto-immune skin condition where your immune system attacks your skin, which in turn causes inflammation and leads to the creation of new skin cells. Because those new skin cells are created at a far faster rate than normal — every three or four days instead of every 30 or so days — the buildup of new cells creates the scaly skin.

While doctors don’t know exactly what triggers that immune system response, Dr. McGregor says, “We do know that there are genetic influences and, more recently, we’ve seen associations with metabolic syndrome, diabetes, high blood pressure and some cardiac issues.”

Natural and home remedies for psoriasis

When it comes to psoriasis, the first place to start is talking to your healthcare provider. Not every home remedy works the same for everyone, and your own doctor will be able to help you come up with a treatment plan that’s right for you and your specific condition.

Odds are some of the suggestions you receive may include one of these.

Over-the-counter moisturizing cleansers like Vanicream™, CeraVe® and Cetaphil® are options that target two psoriasis symptoms: dryness and itchiness. “These products help soften some of the scaly skin and provide hydration to the skin, potentially limiting some of the itching,” explains Dr. McGregor. These options also typically lack fragrances and other ingredients that can further irritate your skin.

Dr. McGregor recommends oatmeal baths as a way of finding temporary relief from itching, dryness and flaking skin. Of course, we’re not talking about the food type of oatmeal but rather, what’s called colloidal oatmeal, a finely ground version that dissolves in your bath or that you find in lotions and soaps. It’s often used for other skin conditions like eczema.

Like oatmeal baths, a warm bath with Epsom salt can help relieve inflammation and remove those flaky scales from your skin. While there’s not a lot of scientific data on the topic, the common theory is that the magnesium in the salt aids that relief.

An older remedy, coal tar comes in multiple forms, including in shampoo, topical ointment and soap. “It calms down the inflammation caused by psoriasis which can help bring relief,” says Dr. McGregor.

Just be wary that it can be kind of greasy and can lead to staining of clothes or skin. As with all creams and topical ointments, you can prevent staining by wrapping the applied area in plastic wrap. “Talk to a dermatologist before your do,” advises Dr. McGregor. “It should be safe for adults, but I don’t recommend it for children.”

“One caveat with coal tar and salicylic acid cleansers is that they can also irritate skin for some people,” says Dr. McGregor. “We often recommend talking to your healthcare provider first and trying it on a small, specific area of skin rather than a large area to see what your reaction is.”

Again, notes Dr. McGregor, it’s all about soothing inflammation and cortisone and hydrocortisone creams do just that. “It can be beneficial to removing some of the redness and scaly skin we see with psoriasis,” he says.

Whether using a specific device or getting some sunlight, light therapy is a verified way to improve your psoriasis conditions. Light therapy isn’t used very much anymore not because it’s been disproven but, says Dr. McGregor, “We’ve seen so many advances in some of these other treatments that it’s fallen out of favor.”

Phototherapy for psoriasis isn’t the most convenient approach on your own, either, as the devices used for such treatment are essentially medical-grade tanning beds.

Getting regular sunlight can also help clear up psoriasis but it comes with a hitch. “Phototherapy is much different from just being in the sun,” says Dr. McGregor. A healthy amount of sunlight can help, but you never want to overdo it.

“We don’t want people spending so much time out in the sunshine just to clear up psoriasis that they put themselves at risk for sunburns or melanoma,” he says. “Especially since we have other effective ways to treat it that don’t include those risks.”

As with so many other conditions, a healthy diet can go a long way to helping ease some of the symptoms of psoriasis. “There is that association between psoriasis and conditions like heart disease, high blood pressure and high cholesterol,” says Dr. McGregor, “so there’s a need to focus on diets that are generally healthy.

Some tips for a better diet include:

“Having a healthier diet and exercise may not completely clear up your psoriasis, but it’s going to help keep it from getting worse,” he says. 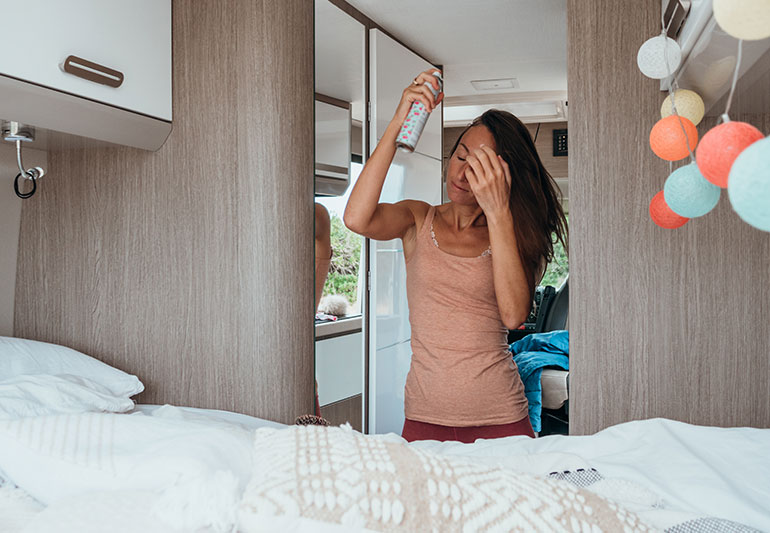 You just got in a quick workout, so you give your hair a spritz of… 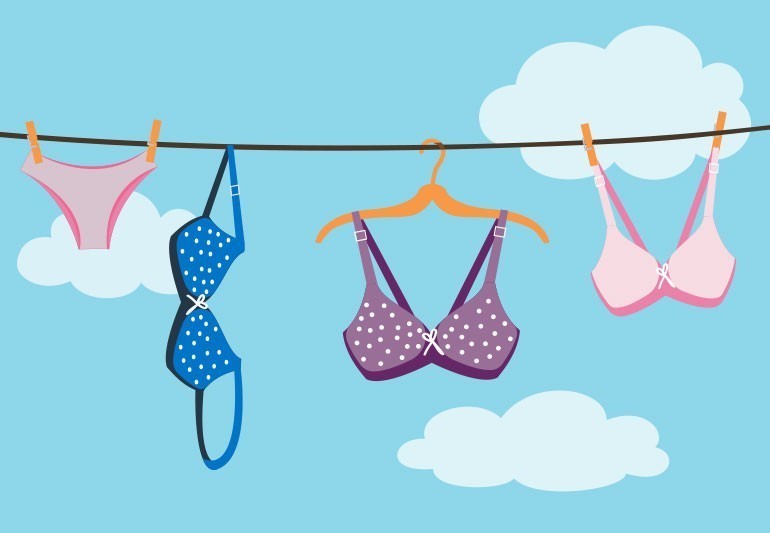 You’ve probably rationalized how often you need to wash your bras. And you know what… 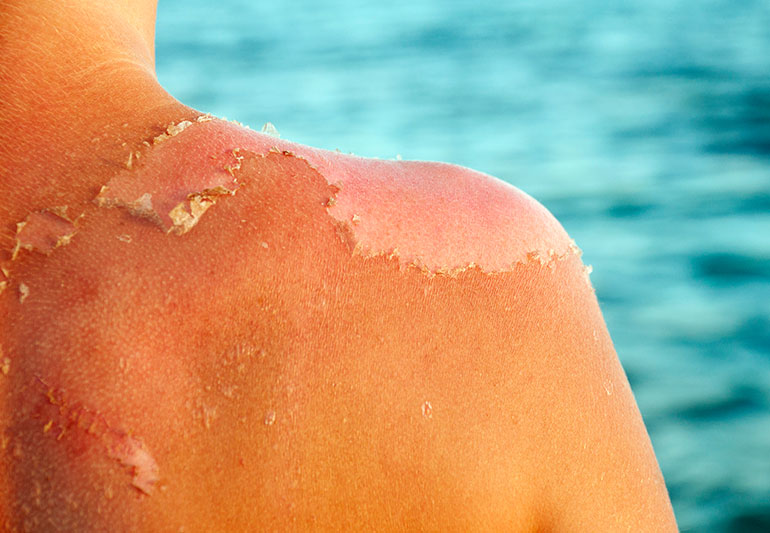 Sunburns are common and so is the mild itching and pain that can accompany them…. 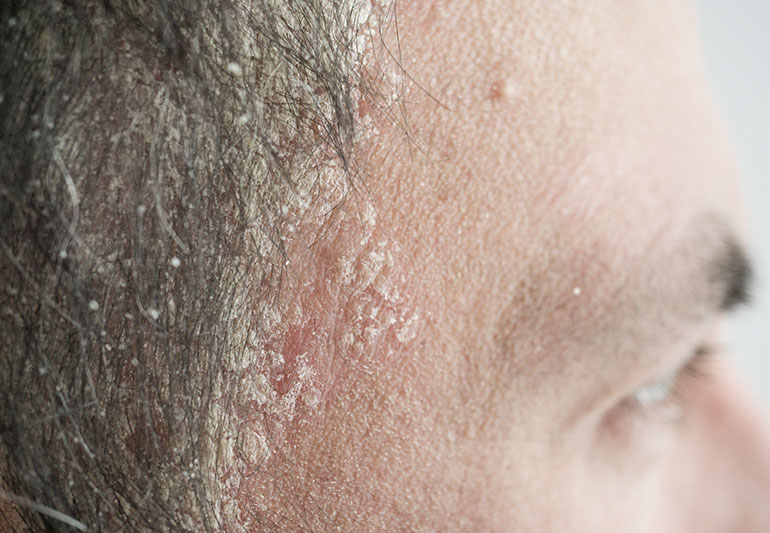 No one likes dry skin or dandruff, but scalp psoriasis can be a whole different… 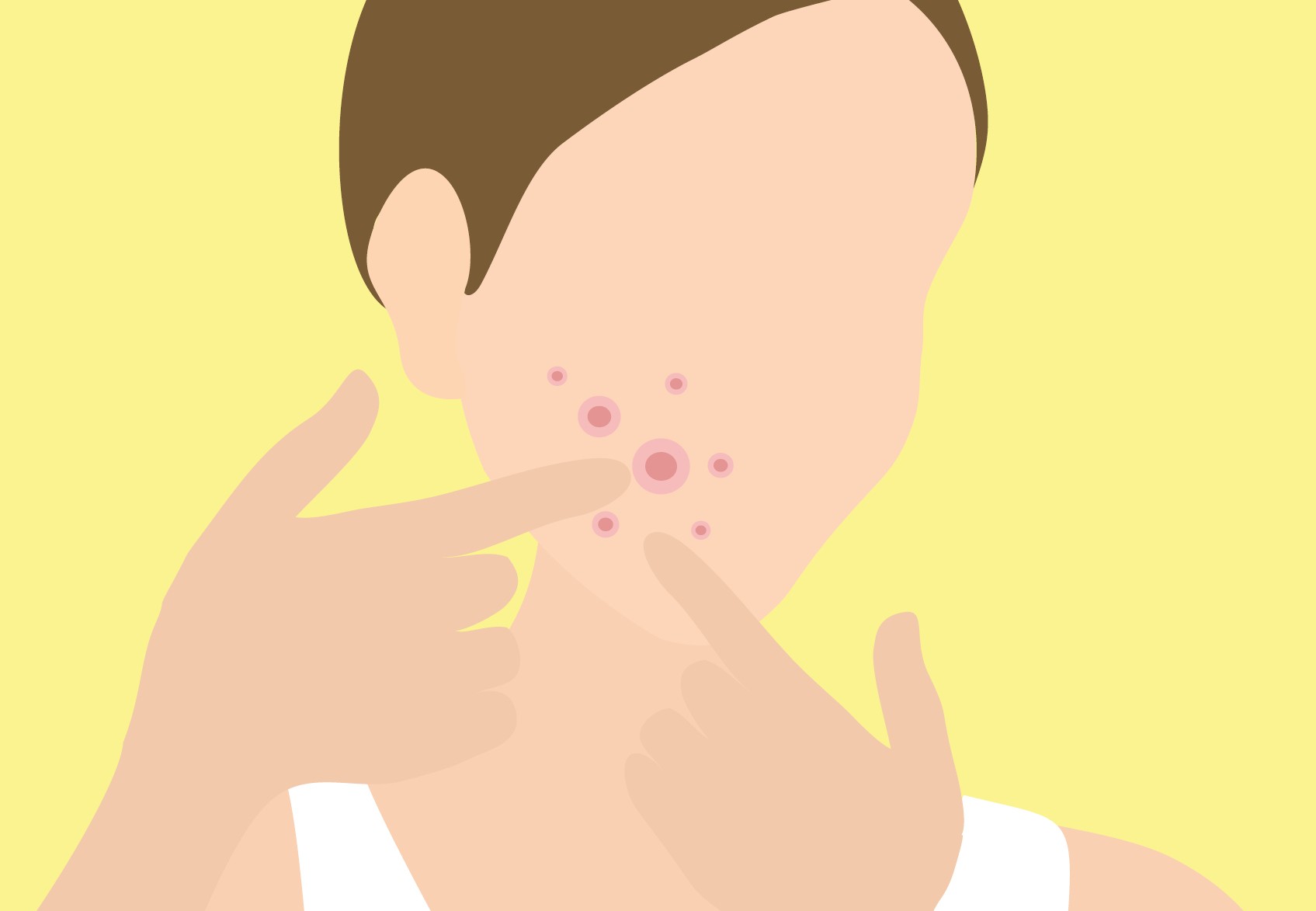 Zits. Pimples. Acne. No matter what name you choose to use, odds are you’ve looked… 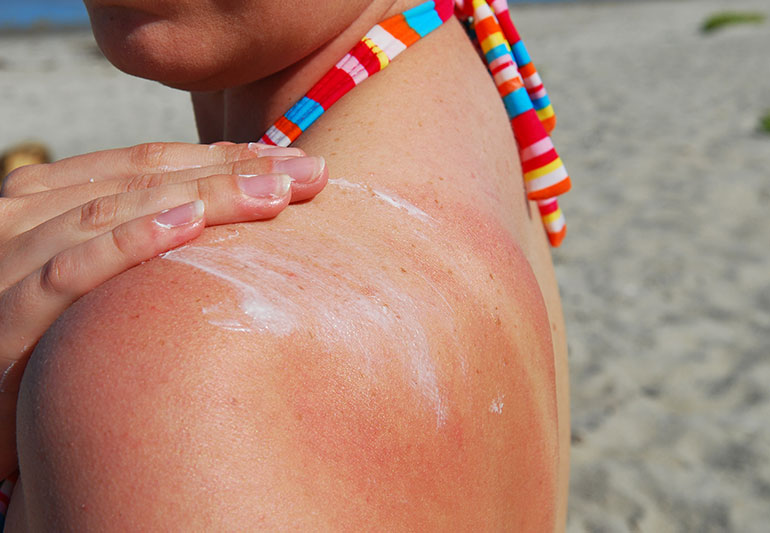 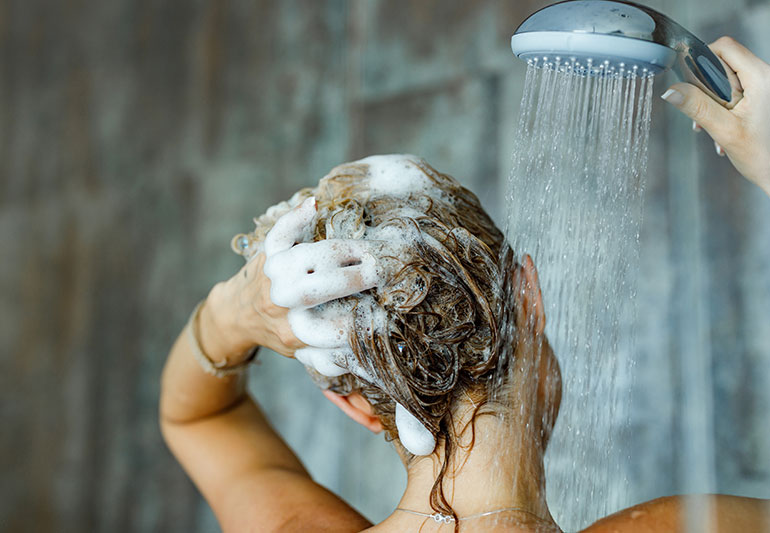 Ah, washing your hair. There’s nothing quite like the steamy, warm rush of water as… 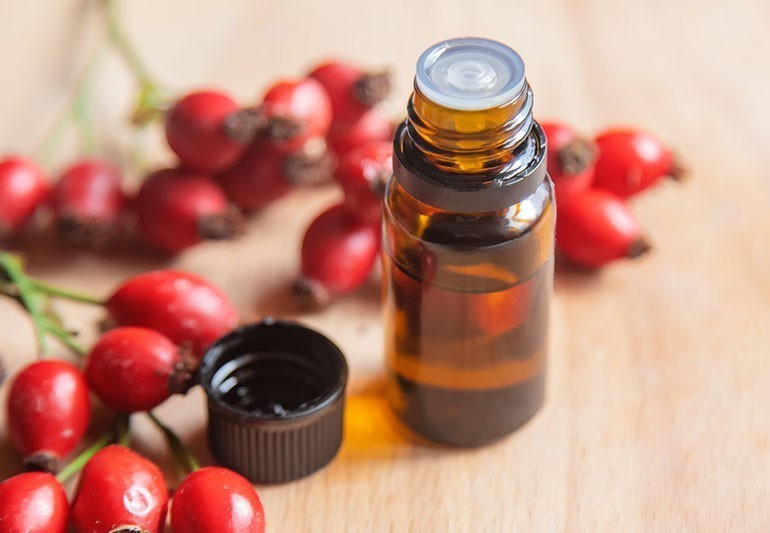 With skincare products, it seems like there’s a new Holy Grail ingredient every other minute….